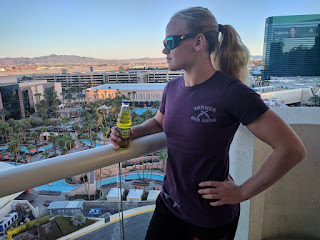 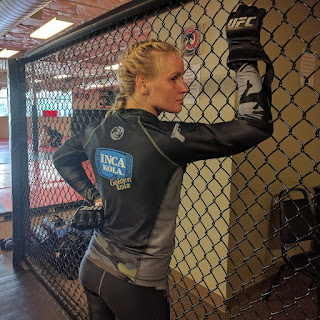 Amanda Nunes won a clear decision over Shevchenko at UFC 196 but Valentina has worked her way back into contention with wins over top contenders Holly Holm and Julianna Pena and now gets a second crack at Nunes this time over five rounds. Nunes has finished six of her UFC seven wins in the first round and has never gone longer than three rounds in her career. In fact, the only bout longer than two rounds she has ever won was against Shevchenko.

In the third round of that fight, she was completely dominated by her opponent. There's a reasonable argument to be made that had the fight lasted longer, Shevchenko would've finished her. Nunes claims her cardio has improved since that fight and is considerably better than when she lost to Cat Zingano but she hasn't had an opportunity to prove it and frankly I don't think it is. Endurance is one of the hardest aspects to improve especially with an all-action style like that which Nunes possesses.

Shevchenko usually starts very, very defensively seeking to gauge what her opponent's gameplan will be. She usually drops the first round as a result. However, she has already faced Nunes once before and may have a better idea of what to expect. I don't think she ought to worry about opening up sooner on Nunes in terms of being countered as her technique is far tidier although Nunes does have a huge reach advantage.

I know who I want to see win the fight which gives me certainty in my pick. This bout hinges on Nunes finishing it within the first two rounds. Anything longer I would expect Shevchenko to win. In terms of pure brute strength I think she can get it done despite Valentina's toughness. She opened as a -146 favorite but has since been bet down to +100 which I think will give her extra motivation. Never underestimate the power of "Nobody Believed In Us". 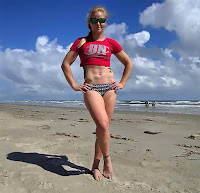 In terms of endurance i believe this Interim Middleweight title bout is very similar to the main event. By the end of the third round, Romero will likely be out of gas while former Welterweight Whittaker should still have enough left to throw hard in the championship rounds. Also similar to the main event, Romero opened as clear favorite and has been bet down to a slight underdog.

In this case I buy it. Whittaker has won six straight at Middleweight, four by TKO and I think he will finish the "Soldier of God". Romero will likely try and overpower Whittaker early with his wrestling but the Auckland native is fast and as Jacare Souza discovered, very difficult to take down.

I'm hoping that ultimately a victorious Whittaker will fight Michael Bisping to unify the belt in either Australia or England. While he is technically a New Zealander, his roots are Australian enough to qualify the event as a fight verion of the Ashes. 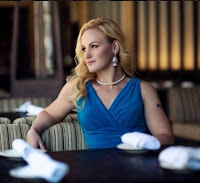 This fight was added to the main card after the removal of Robbie Lawler vs Donald Cerrone. It doesn't really possess the quality of fighter or name value to justify sitting third on an "International Fight Week" marquee event. I can guess why this was picked though and it's because the UFC really, really wants Curtis Blaydes to be a thing. The UFC Heavyweight division is in  an underwhelming state right now so there is room for another rising star. Somehow Daniel Omielanczuk is still ranked but the number is meaningless and I think he will be put on the ground one way or another over and over until he is stopped. 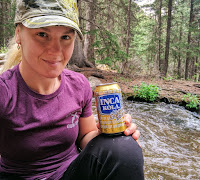 This is a trilogy fight with the score tied at 1-1. With the way Cain Velasquez gets injured and other guys get popped for various substances, the winner of this fight will probably be right in line for a championship rematch with Stipe Miocic.

The other two bouts in this series occurred at very different stages of each of these fighters' careers and I don't believe have much bearing on this encounter, even from a psychological standpoint. That general aspect does play into my pick though.

Werdum has been increasingly difficult with speculation that he is unhappy with UFC management and intends to fight out his contract and leave. After the first round against Travis Browne alst summer, he seemed to tire and coasted to an unimpressive decision. He hasn't fought since, having been booked against Ben Rothwell who was withdrawn and turning down bouts against the likes of Junior Dos Santos.

Overeem by contrast has been excellent in his approach apart from the Miocic fight. He has fought very smart and still has power to spare with his strikes. I see him being cautious but still outworking a less motivated Werdum on his way to a clear decision.

Anthony Pettis seems to be a solid favorite going into this fight but I have a hard time seeing it. In his last several fights, even including those at Featherweight, he has not seemed to have the same explosion or wild abandon that he did when he was the champion of the Lightweight division. For Jim Miller the suggestion is he would have to get Pettis down on the floor in order to win but I don't believe that is necessarily the case. With heavy pressure he can smother Pettis, discourage him and take a decision. That's what I think will happen.