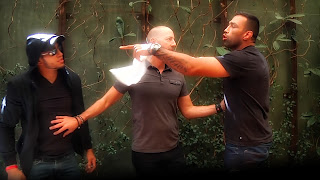 Tony Ferguson finally makes his return to the cage at UFC 216 to fight for the Interim Lightweight Title. It's really unnecessary for a belt to be contested - Interim belts are just marketing gimmicks and not to be taken seriously because if you reach a point at which you feel one is really needed you probably just ought to strip the champion. It was even less called for the alst time Ferguson was booked in an interim title fight at UFC 209 in March which already had a legitimate title bout at the top of the card.

That time his opponent Khabib Nurmagomedov fell off after succumbing to illness while attempting to cut weight. Disaster almost struck again here with underdog Kevin Lee seeming to mismanage his cut, at first failing to make weight and then finally returning successfully with mere minutes to spare later on. He was supposedly at 174 lbs the day before, almost 20lbs over the Lightweight limit.

Lee's depletion makes it very difficult to forecast anything other a Ferguson win. Without the basic advantage of health he is already a nightmare match-up for anyone in the division, a slick and highly talented boxer with creative movement and dangerously smooth submissions. His length also negates one of the advantages Lee typically carries into fights.

Lee is a highly intriguing prospect with qualities that could make him a future champion. It's unfortunate that he has been allowed to jump the queue as a result of his trash talk which a) is not what I use to take the measure of a fighter and b) is not even that good to begin with. I find his act very forced and unappealing. He is skilled enough to allow his fighting to do most of the talking for him. His grappling is high level and I don't think he ought to fear Ferguson on the ground (though he should of course be extremely wary). His striking is still a work in progress and I think he will be outclassed here. Many people note that he seems chinny but he also has great recoverability so I don't think it will be a fast KO for "El Cucuy" by any means but I do think this comes too soon for Kevin Lee.

I wrote a preview for this last month but of course it got scrapped because Ray Borg failed to show up. Allegedly not due to a bad weight cut but Borg suspiciously decided to immediately stop working with nutritionist Mike Dolce. I could recycle that or I have a feeling I will be writing something very similar for one fight at UFC 217 so I could bring that forward.

There's no need to overcomplicate this though. I don't see any area where Ray Borg can stay competitive with Demetrious Johnson, especially not over five rounds. He is boasting that he will submit him but "Mighty Mouse's" last challenger Wilson Reis is a BJJ Black Belt and got toyed with. I think DJ wins and takes the record for consecutive title defenses. I don't think it makes him the GOAT because the opposition just hasn't been all that memorable compared to other lobg time champions but that certainly shouldn't diminish his accomplihsments.

Both Werdum and Lewis enter this bout on the back of losses, Lewis getting KO'd on an away day to Mark Hunt but at least the way I scored it, I had Werdum winning at UFC 213 against Alistair Overeem. I think this will mostly be contested on the feet as while Werdum would love to take the fight to the ground where he has a large advantage, opportunities to take Lewis down will be limited and once he's down he can be difficult to keep down, as huge as he is.

Lewis swings with power but is slow and not well conditioned. In terms of overall technique I think Werdum has much better tools to work with including a grinding clinch to wear down "The Black Beast" and a clean jab to keep him at bay and earn a decision.

Or rather Who? vs Who? This fight was originally meant to be Paige VanZant vs Jessica Eye, a Flyweight debut for both. Paige was compelled to move up in weight as she hinted at in the past, she cut from a long way up and it was a very bad struggle for her. She was knocked out of her bout by a back injury, a really, really bad sign for her career as a fighter because she has had back issues before. 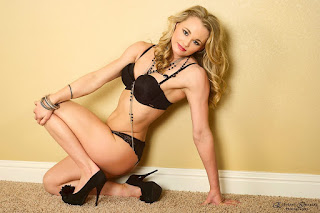 That was two weeks ago. Immediately, Andrea Lee was booked as a replacement against Kalindra Faria. The rationale is nakedly obvious. While she's not as much my type as some of the other women on the roster, Andrea Lee is very much an appealing pretty girl, charismatic and marketable like VanZant. With TUF 26 being contested and a Flyweight champion soon to be crowned, it seems to me like Paige & Andrea were being positioned for a title shot. Put their face on a poster and they sell and if they happen to win, voila! Pretty blonde champion.

Unfortunately Andrea Lee was pulled as she has to enter a mandatory testing period with USADA as a result of a previous failure. Incredibly, she absolved the UFC of blame for this error in booking her as they apparently didn't know what ultimately amounts to THEIR OWN FREAKING RULE. I just don't get it. Does the left hand not tell the right what it's doing?

For some unknown reason, UFC brass decided to keep Faria on the main card and book her against another debuting fighter, Mara Romero. Romero won recently against former UFC bantamweight Milana Dudieva and trains at American Top Team with Amanda Nunes and Faria's last opponent and nemesis, Carina Damm. She is relatively tall and could work a nice jab but really there's nothing I see that really stands out.

Faria is an aggressive fighter but has failed to beat pretty much everyone that rises above the level of "local fighter" including defeats to Karolina Kowalkiewicz and Jessica Aguilar. She has a little more experience than her opponent but looks to be a bit smaller. I don't think there's much in this fight and don't really see either one going far in terms of the championship hunt but I think Faria's style will looks a bit better for judges and ultimately earn her a win here.

This seems like an odd fight to me to be kicking off the main card with as usually they try and book something high octane for that spot. Maybe it's a sign of how lacking the rest of the card is. Both Beneil Dariush and perennial prelimer Dunham employ pressure based tactics but Dariush can be cautious with his output and Dunham stings like a butterfly with his hands. Both guys are strong on the ground, Dariush's reputation in particular precedes him but I don't think you'll necessarily see much action there. If there's grappling to be done I see it being all clinching against the fence.

This is a real tough one to call. Both guys can turn it on when they want to but my fear is there will be too much of a healthy respect and caution in their approach. With southpaw facing southpaw the leg kicks of Dariush will be a little more awkward to land. Dunham has great fight IQ, lies outrageously about not watching tape of his opponents and is very adept at grinding out decisions but I think Dariush is more talented, in better physical condition and I have a feeling he will take the front foot so I lean his way here.