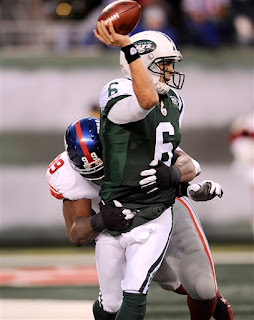 NFC South
I know I just said that good form late in the year is a good sign for future success, but laziness and a general lack of good sense and intangibles will not serve Cam Newton well. I think he will regress big time as his athletic ability is contained, he will lose composure spiral down. You can't look past the Saints at this point; they're just a level above at almost every position over the Falcons right now.

AFC South
If Peyton is back, the Colts will win the division. I'm not sold on Mike Munchak as a head coach, his waffling over the Penn State job, one of the worst jobs going in college football right now, speaks volumes.

NFC West
San Francisco's success is not sustainable with Alex Smith as the QB but the competition is not there. Seattle is very, very similar to the 49ers except without the heralded stars. If the Hawks could find an elite offensive lineman, they would overtake San Fran as a 10 or 11 win team.

AFC West
The division is the Raiders' to lose next year. The Broncos stripped out too much trying to set up Tebow to fail and AJ Smith and Scott Pioli's egos will continue to get the better of them in their respective towns. With a full off-season of practices, there should be no excuses for Carson Palmer and co.

NFC North
Tough to say right now. From where I sit, the Packers got lucky a lot this year. They're certainly no dominant team. The Lions and Bears are both still too bonehead mistake prone to assume they would be able to step up and take that mantle from them.

AFC North
I would go place a bet right now on the Bengals winning this division next year and then flaming out in the first round as always. We'll bet on the stupid, hated Steelers to win the Super Bowl because they always find themselves there or thereabouts when it's all said and done.

The Saints are about five hundred times better than Carolina and need this game bad, I expect a murder train here. The Patriots also need their game so I expect them to turn up and cruise to a two touchdown victory over the Bills. Everyone is talking about how Joe Webb could to Tim Tebow's job except better. I don't buy it. He may have the athletic ability, but not the mental ability. The Jets are slipping bad. I like the Dolphins to put the final nail in their 2011 season.

The Rams are even more pathetic than I thought. They have no chance against a full throttle Niners team. Even though the Lions have played better of late and the Packers will probably rest their starters for most of the game, forty years of history counts for something and I feel like the Lions have one more screw up in them. The Eagles have also been blowing teams out recently but 8.5 is still too much against a hated division rival. The Colts are on a streak themselves and momentum should carry them past the struggling Jaguars who seem to have fortunately given up on the idea of Mel Tucker as head coach.

I have no idea what to think of the next game so I'll just go with the home dog Texans. Most of the rest of these are straightforward. The Seahawks are beter overall than the Cards. Larry Fitzgerald is wasted there. I'll take the Broncos over the Chiefs more out of blind faith than reason. The Falcons should roll the Bucs. The Ravens and Steelers both need wins against inferior competition. The Chargers have one last win left in them for the benefit of their December record. The last game of the day is a real toss-up though. Ultimately, I don't think the Cowboys can cover those deep receivers on the road. 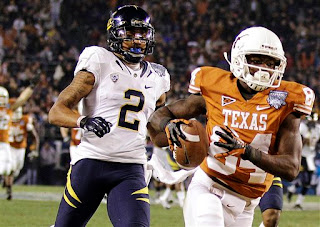 Somehow, all of these games happened already. I went against Notre Dame because of their error prone regular season ways. I picked Washington because Robert Griffin III is the most overrated Quarterback in the nation. BYU can beat up on these bad teams just fine. I liekd Iowa State to get up for a big game but underestimated the Big East. I liked Miss. State to win by a touchdown but that half-point killed me.

14 seemed high given OU's bowl flops in past times but Iowa is not the same team it used to be. Texas A&M came through for once, I didn't back them to. I liked Utah's matchup on defense better than the Yellow Jackets who couldn't be trusted all year long. I liked SEC Vanderbilt but they proved they still have a long way to go. In the no-coach bowl, Illinois was the obvious choice - UCLA doesn't do anything well. In the Peach Bowl I had been backing Auburn all year and couldn't stop now.