As a watcher of the Bachelor and being familiar with the way in such that type of show is produced, I was quick to pick up on UnREAL when it was first put out there fully expecting to be the only one watching. Somehow it became a cult hit - relatively speaking at least, it's still just a Lifetime show. I'm not entirely convinced it's quite as good as its media darling status proclaims it though.

It's fun to watch and I will definitely be looking out for it next year as it has been confirmed as renewed for a second season. The performances were also okay but I definitely felt the plotting was haphazard and the characterization a little inconsistent. More thoughts after the jump. 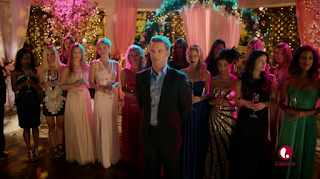 I'll go ahead and break this down into specific subjects I want to discuss but I won't promise to be coherent.

Somehow I have never seen a single episode of Roswell despite having been the right age for it and being in my wheelhouse so I had no idea that Shiri Appleby was such a big deal but apparently she was a big draw for several people I know. I think she does a great job with her performance switching easily between the many personas a producer on the Bachelor would need. I found Rachel at the same time to be a frustrating character though and it's something I'd put more at the feet of the writers than Appleby. 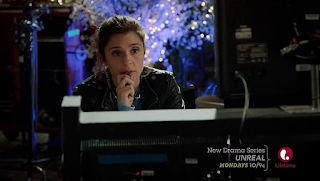 I thought her origin story of coming back after a meltdown to be highly unnecessary. It became a non-factor less than halfway through the series and a lot of dialogue was fairly pedestrian. Whereas the idea of the type of person she plays is that they are so two-faced, they become your best friend and can make you do anything. When working with the contestants, her demeanor was inconsistent in that I didn't buy that for example Grace would go along so willingly what Rachel would say.

I think my main problem was that I was never interested in the Rachel-Adam romantic relationship. It was telegraphed and so false and contradictory. If the whole point is that she turns off her empathy when dealing with people on the show, what is she doing getting so moist over the lead? I didn't buy it. Courtney Robertson talked in her book about how Ben Flajnik had far too close a relationship with his female producer without it ever being sexual. I think that would have sufficed here and added an extra wrinkle to how the finale ended up palying out.

Speaking of how the finale ended up playing out, that was another inconsistency. What were we supposed to think of Adam at the end of the season? Conflicted romantic? Game-playing opportunist? Douchey manwhore? I can't figure it out. It was highly appropriate that he was largely only interested in promoting his business and his own image. 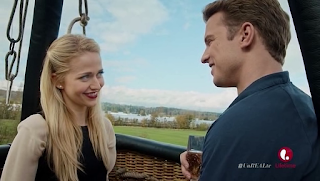 Freddie Stroma seems to indicate that Adam will not return in season 2 but I could see him popping up as a guest having found another reality show to be on and his path crossing with Rachel's or Anna's. I'm not that concerned by it actually. I would like to see Everlasting continue with a new lead rather than moving on to some new kind of show.

I understand that Lifetime doesn't have the budget of ABC so helicopters and exotic locations are off the table but it would be nice to see some more of the inner workings of how dates are planned and choreographed, some on location stuff and more of the technical workings of the show. Even for what they showed, I felt that side of things was rather neglected this season. Of course, the process of the show is just sensationalized for television purposes. I thought far too much was focused on producers banging one another than on how the show was made though.

In particular I thought the contestants got short shrift. One of the things I hear a lot about the Bachelor is that it doesn't really matter that much who the Bachelor is. Sean Lowe was pretty normal and boring but he had great abs and high ratings. The story is made by the girls cast, specifically picked to clash with one another as instigated by producers. We definitely didn't see enough of that or get a feel for the "innocents" getting screwed over by those behind the camera. 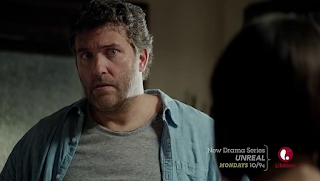 Chet reminds me eerily enough of one of my uncles, perhaps not so much in the sleazy sense but in the constantly dishevelled know-it-all sense. I tend not to like unbalanced accounts but this show went full bore with the relationship between Chet and Quinn. As I already mentioned I couldn't care less about who is kissing who behind the scenes of this show but Chet didn't get where he was by accident so it was a little disappointing they showed barely any of that.

Seeing Marti Noxon's name in the credits it shouldn't be surprising that Quinn is so much more fully formed. In season 2, I am rooting for no more hook-ups and more of a professional power struggle. Not everything has to come down to sex, except of course for Everlasting.

This was hands down one of the all-time stupidest television plots I have ever seen in my life. Worse than Landry accidentally killing someone on Friday Night Lights, almost as bad as Jack getting his tattoos on Lost. There are so many things wrong with this scenario I don't even know where to begin. The first is the idea that after one of the contestants killed themselves on set that the show would continue to air. Never gonna happen. Never. 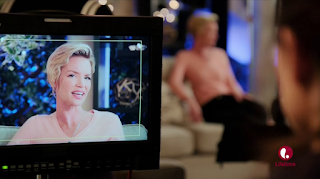 None of these shows go to air the same week they are filmed the way it appears Everlasting did, which was another point of annoyance for me. They are all taped in advance and edited together after the fact with finale storylines in mind. If a participant died on set like that, no episodes would ever air and the whole thing would be downplayed.

The next thing up is that somehow this woman on the set of a multi-million dollar network show would somehow get to the roof of the building. Somewhere along the way a producer or security would stop her. There is no way that Rachel was the only one wandering around in the evening.

I could be wrong on this next one but I don't think a show like this would ever cast someone with a legitimate mental disorder. Too many liability issues. A trick they missed with this was not showing the casting process. While we already knew that they pegged Anna as "Winner", Britney as "Villain", Faith as "Comedy" and so on, they can typically see it within the first meeting. I have to think meeting someone like Mary would set alarm bells off.

My last main point on this is that the producer involved was unrealistically incompetent. From the first episode on, we never saw her do a single thing right. That kind of person would never be a main producer on a show like this and would never be in a position where she would end up endangering someones life like that. Just ridiculous storytelling.

Hopefully, much like Landry's murder spree and Jack's tattoos, this is never brought up again moving forward. 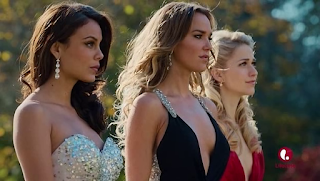