Just one Shenmue update of note and then I will have some thoughts on the recently concluded season of the Bachelorette. Why? Well, because I can.

It's now more or less certain that there will be Paypal fund for donations to continue to the Shenmue 3 Project. While I'm of course in favor of Yu Suzuki having the money to make his vision a reality, I do carry a wariness over this kind of thing. It's certainly a less open process than Kickstarter or other public funding sites and it's not incumbent on the team to reveal how much they are making.

I certainly think it would be naive to just blindly trust them, especially considering they will never disclose what other sources of funding they are receiving and how they are being applied. I already wrote a post regarding these frustrations of mine about a month ago so there is no need to rehash it right now. With that said, when the fund is officially set up, I will post the link here and wish them luck.

Bachelorette musings after the jump.

Without further ado let's get to my incredibly detailed, very scientific breakdown of who voted for Britt and who voted for Kaitlyn on night one. Chris Harrison mentioned somewhere that both girls had double digit votes which means Kaitlyn either won 13-11 or 14-10 which means...

Voting for Jumping Naked into the Pool: Ryan M 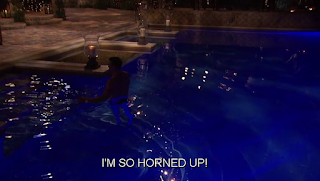 It's important to note that this is entirely based on blind guesswork. If I had been there the first night I would probably have voted for Kaitlyn. With the benefit of hindsight, maybe Britt would be the safer bet, although...

Did Kaitlyn do a good job as the Bachelorette?

This is a weird question, mostly because this is such a silly show but also because inevitably, every single season, especially since they started recycling the lead from a previous campaign, public opinion tends to turn against the lead character. I don't necessarily think that Kaitlyn did a terrible job but her failing was more pronounced than in previous years.

What tends to happen is that the lead has two, sometimes three favorites who they focus all of their attention on at the expense of everyone else and it just so happened that Kaitlyn's chosen two were the 2nd and 3rd douchiest nozzles in the house. Of course, Andi "the Dorf" Dorfman did the same thing with having the 2nd and 3rd douchiest wagons around at the end, even sharing one of the same guys. But then I can call Josh Murray, Shawn and Nick douches all I like, ultimately I don't know them and their personalities were entirely shaped by editing.

I wasn't really on board with the format change, cutting hometowns out all together - why mess with something true and tested? - and it subsequently led to the entire focus being on Shawn and Nick which was novel at first but quickly became eye-rollingly staged. I liked Kaitlyn a lot as a contestant on the Bachelor. As her own person on the show and her social media, she comes across as vapid and, well, basically everything the #1 douche in the house Ian said about her.

She strikes me as someone who loves dishing it out but can't take it coming back on her. The magic of editing and so the question of whether or not she was a good Bachelorette is largely irrelevant. I would point the finger at the producers for picking her, rigging the vote in her favor and spoiling her to the point where she seems to think she's a real celebrity. Uh, no. She's not as important as she obviously thinks she is. 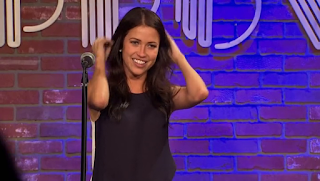 In essence, my offer to trade Kaitlyn, Shawn, Nick and Ian to Australia in exchange for Sam Frost is still on the table.

Who else could/should have been the Bachelorette?

Well obviously, Britt. She is more classically beautiful and 'desirable' than Kaitlyn. People complain about Britt being a 'waitress' in Hollywood but frankly after watching twenty-one episodes of Kaitlyn, I still have no idea what the heck she does for work herself. I think we can all safely assume she has no future in hairdressing.

Another thing people and by people I mean the types who watch this show hoping for drunken messes making trouble, complained about with Britt is that she was very dramatic on the Bachelor. So you're thus saying you don't want drama on the Bachelorette? I'm confused.

It's all a moot point since the vote was rigged against her though. This is obvious once you know that all the dates are planned out well in advance of filming and although I have no empirical evidence of this, I am a million percent sure that Britt had no interest in doing a rapping group date with Doug E Fresh. 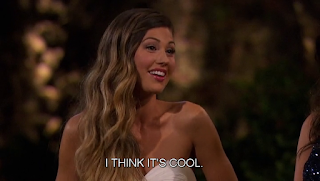 Candidates from Chris Soules's Bachelor season: I don't think Carly Waddell would have worked. Not hot enough, sorry. I like to think that Jade would have worked but that's probably me adopting the mindset of someone who thinks a black Bachelor or a gay Bachelor would ever work; there are a lot more people out there you've never meant who don't think that.

Other candidates: Michelle Money and Sharleen Joynt are already coupled up otherwise one of those two might have been ideal. AshLee Frazier and Clare Crawley have that Bachelor in Paradise stink (not literally, I hope) all over them and also might be a little too mature for the 26 yr old pups this show seems to love casting. I veto Chelsie Webster because I would get super jealous watching that.

I think the ideal 'the Bachelorette would be Lindzi Cox who was a robot sent from the future to be the Bachelorette but got blocked by Emily Maynard and thank God for that because Kalon probably would have won otherwise. Lindzi had it all; spunky yet chill personality, a defined gimmick with the horses and a great storyline in being jilted in favor of a villainess. Unfortunately it wouldn't work because nobody other than me remembers who she is. 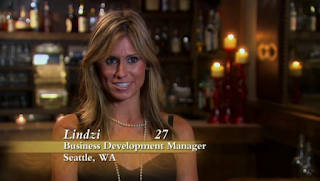 We finish up with my favorite bros of the season, based entirely on what I saw on TV which as we've already discussed is 100% reliable all of the damn time.

Ben Z: I'm not sure why there were so many personal trainers on this season, not that I am one to judge on the peoples job titles but there's not really much of a storyline to be had from someone who works out and eats a ton of chicken breasts for a living. That said, Ben Z was just a solid dude who bore his tragedy with a stiff upper lip and a kind earnestness. He didn't cry when eliminated, was just very sad almost giving off a Sean Lowe vibe.

Jared: I sympathise a lot with Jared, he of the slightly smaller frame, the wispy facial hair and gentlemanly nice guy demeanor. A stand up, honorable guy who voted with his heart on night one and admitted it, unlike the rest of the weasels who knew going on that the vote would be rigged anyway. He seems like someone who takes the relationship aspect of this nonsense seriously and for that I commend him. He's such a good dude that I wouldn't get jealous if he got together with Nicki Sterling or Chelsie Webster. 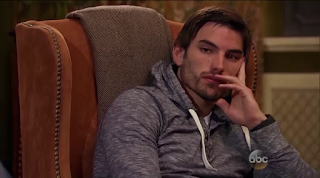 Actually, scratch that. I still would.