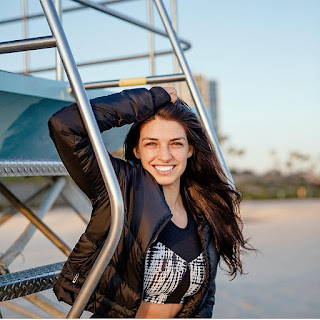 There's a narrative out here this week being pushed by an online LGBT publication that the UFC has not given Amanda Nunes 'the push' so to speak. While it's true that the UFC is abysmally poor sometimes in th‏eir promotional efforts, I don't think that is necessarily the case with Nunes. Twice she was on the main card on a PPV with Conor McGregor. She headlined UFC 200, a grand marquee event above Brock Lesnar. She headlined the marquee year end event against Ronda Rousey. She was booked to headline International Fight Week for the second year in a row at UFC 213 before 'the incident.'

That is a great deal more opportunities to leave a lasting mark in the minds of casual viewers than many other fighters receive. It's fair to say she was grossly under-promoted before UFC 207 where 101% of the focus was on Rousey. It's true also that Dana White tore into her after the sinusitis episode last July. But he treats many of his top ranked fighters very poorly. Just ask the likes of Tyron Woodley, Stipe Miocic and Demetrious Johnson. Nunes has had her chances. I rather suspect the same thing is true of her as for Rose Namajunas. She is just not the type of personality to chase that exposure.

It's a shame in the end they couldn't put Nunes vs Cyborg together for this card because I think there is a real risk that Pennington could win this and kill the division for good. "Rocky" hasn't fought since November 2016 but was making steady improvements up until then particularly in her ability to just survive and scrap. Nunes as we know has a cardio problem and can wear herself out quickly. She countered this in her last fight against Valentina Shevchenko by doing nothing for all five rounds but at home hoping to please the crowd against a brawler she won't get that luxury.

I envision Nunes being on top early, perhaps as long as the third round. But if Pennington can walk through the hard shots, I'd be very curious to see what happens late. I think the adrenaline dump for Nunes could be very bad and I am surprised the betting is so heavily in her favor. She might be able to survive the late rounds to win on points but there is no value in it. I like Pennington here.

After taking out Tim Kennedy, Vitor Belfort and Michael Bisping, Gastelum gets another grandpa of the middleweight division to build him and I expect that this fight will look a lot like what happened to Jacare when he fought Robert Whittaker. Regardless of what happens at UFC 225 I would love to see Whittaker vs Gastelum. That would be an incredible fight and I have no idea who I'd pick right now.

The odds slightly favor Jacare perhaps considering the size difference - Weidman threw Gastelum around like a bean bag and Souza is as large. He looked very fit and strong in his last bout, a main event on FOX in January. However despite the power of the opponent that day, Derek Brunson, Gastelum is more dangerous as a boxer and faster. If he can't get the finish I certainly think Gastelum takes the third round for sure.

Dern took a lot of crap after her UFC debut at UFC 222 where her striking was I would say, at best, Rousey-esque. Once she got the fight to the ground it was sublime but she has no techniques to force it there. Fortunately her opponent is prone to making a lot of head-scratching mistakes and I'm sure will dive right into her guard without an invitation. Dern was heavily criticized for requiring an interpreter to wade through her thick Brazilian accent which seems out of place given she grew up in Arizona. She must've been home schooled like a tennis player, forced into the jiu-jitsu life by her heli-dad.

Notably, Dern missed weight by an astonishing 7lbs for this fight. It suggests to me she didn't even really try with her cut and does not take this lifestyle choice very seriously. She should be able to get away with it against someone like 'ABC' who has been brought over to make her look good but she will never ascend to the highest level of the sport with this mindset. It's a shame because the natural talent appears to be there.

I think Lineker wins this. Kelleher is a very good finisher but those opportunities are very scarce against a guy like Lineker who you have to keep your distance from on the feet because he hits with power and doesn't flinch whenbhit back. Kelleher is a more fun and varied fighter to watch though so I hope I'm wrong. I find Lineker very basic.

Both these guys are so washed up. I had actually forgotten Machida "won" his last fight against Eryk Anders because that's not the fight I watched but that's judging in Brazil for you. Belfort claims this will be his last fight but then again he said that last time before he "won" against Nate Marquardt. Hopefully Machida wins and takes on Michael Bisping next in London or Manchester. I think he is slightly less of a faded force than Belfort who in his current existence won't be missed.