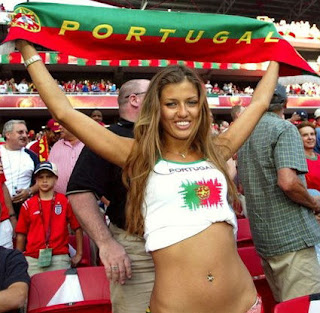 I haven't had much time to think about or prepare for the summer fight series so these previews might be somewhat abbreviated. With that said I feel like I've picked against Stipe Miocic in every single title defence he has competed in. It's not that I underestimate him, it's more that I am keenly aware of how short-lived reigns at the peak of MMA are except for the most exceptional of competitors. Which I suppose is in effect underestimating his ability in all facets and in particular his capability of establishing himself as a legend.

Daniel Cormier is also very underappreciated as an athlete and a fighter. Primarily known as a rival and whipping boy of Jon Jones, aside from the Gustafsson fight at UFC 192, he has utterly dominated or finished every other opponent ever put in front of him - including other wrestlers at Heavyweight.

I think that's what will be key here. Some have pointed to the wrestling prowess of Miocic particularly in the way he imposed his will on his most recent challenger Francis Ngannou but "DC" is an entirely different story - as decorated as they come and in various, diverse formats. Stipe's main weapon is his powerful punching power but we've seen Cormier able to take heavy hits before from the likes of Anthony Johnson. At Heavyweight he will not have to worry about cutting weight and should be even sturdier.

With that said earlier in the week I was leaning Cormier but after thinking about it a lot, maybe overthinking it, I believe Stipe Miocic will win this fight. I think it will be very close and Cormier may even shade the early rounds. But I think Miocic will take the later ones and I don't think the fight will be brought to the ground for any significant period of time. Despite the wrestling credentials I see more of a slugfest on the feet and in that with his range and ability to deliver punishment, Stipe outlasts and edges this contest.

Derrick Lewis has sought this fight for a while and I think he has a good chance of winning. When looking for guys who could "The Predator" I considered Lewis a guy who could absorb the power, at least early, and then hit back with more force than the Cameroonian would be used to.

Cardio is a weakness for both but Lewis does not really have the tools to exploit Ngannou's grappling deficiencies so look for more or less the entire fight to be contested on the feet. It should be a good one either way. If Lewis wins he can start calling for a title shot with the abbreviated line at Heavyweight. If Ngannou wins he may be the opponent for Volkov in Russia.

This is promoted to the main card late in the week as a result of the Max Holloway vs Brian Ortega title fight being cancelled. Best of luck to Holloway in his recovery. I was going to pick against him with one of my main concerns being his difficulty to make the 145 lb limit. I think it has played a factor in his health concerns and casts a big doubt on his ability to defend this belt in the future.

This in itself is a pair the spares fight with both having lost original opponents and Felder moving up a weight class to stay active. On the one hand, Nike Perry is a phenomenally one dimensional guy who can be outschemed by anyone with a brain which to hear Felder commentate, he appears to have. On the other hand, when Felder fought Charles Oliveira he repeatedly put his neck in the crook of "Do Bronx's" arms and only came through thanks to a mismatch in willpower.

On the feet I think Felder is a little more sophisticated than the other facets of his game and despite being new to 170 I suspect he is able to wear Perry down the same way guys like Alan Jouban did. Decision win for "the Irish Dragon".

This fight was originally scheduled to take place at UFC 223 before Conor McGregor's terrorist attack which caused Chiesa to be pulled due to facial lacerations. There was some talk of Pettis stepping into the main event but I don't think it was ever seriously considered and frankly, it would've gone really badly for him. He just is not the same fighter that he used to be. Not to say that he is scared rather more cautious now with not the same snap to his strikes or killer instinct.

Chiesa, oft-injured and disgruntled has only fought once in two years prior, a controversial loss to Kevin Lee. He self admits that he always gives up his back in the first round of fights, a possibly dangerous lapse against a submission seeker like "Showtime" but if he is able to survive that, and I think he has the requisite hunger and strength to do so, he generally heats up later on in fights and I think he can grind and roll one out here to work his way back towards title contention.

A celebrated kickboxer, Gokhan Saki has made the switch full time to MMA and looked good against a hand-picked opponent, delivering an expected KO victory. Rountree is an acceptable step-up in competition level but should still be a more than winnable bout. A fellow striker, Rountree can be lackadaisical in approach but has plenty of power when he chooses to call on it - just keep him far away from any grapplers. I expect the thinking with this to be to get the PPV portion of the night off to an explosive start and continue building from there and you have to favor Saki.

I am not sure what to expect in terms of numbers for this. Buy rates for recent shows have been appalling especially considering what Endeavor invested. Miocic is not a huge draw and DC doesn't seem to be much of one outside of Jon Jones. I think it's a very good card top to bottom but there is no heat coming into it because both guys are too respectful and who the hell even watches the Ultimate Fighter anymore? Certainly not me.