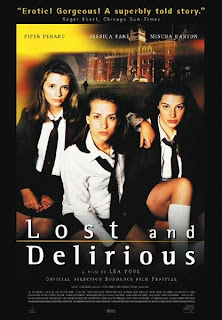 The first thing to note about this poster of course, and this is a complaint with many, many movie posters is that the names don't match the actor they're listed above! If one of them is Tom Cruise or Hanks or someone like that, ok no one is gonna get confused, but for a movie like this where none of the headline actors are well known and arguably still aren't to this day, it can really mess you up. For the record L-R it's Mischa Barton, ironically famous for being committed to a mental health facility after having played a lesbian on TV, Piper Perabo celebrated on everyone's most underrated actresses lists and Jessica Paré, of Mad Men Season 4 finale notoriety.

The film is loosely based on the Susan Swan novel The Wives of Bath but while that novel deals more with the suppression of feminism and gender roles, Lost and Delirious seems to have its eye on societal repression and the ineffectual way authority handles troubled children. 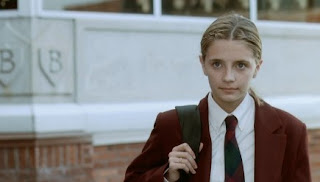 Mischa Barton plays Mary, appropriately nicknamed "Mouse", a timid young girl sent to an girls boarding school by a cold father who is too busy with his second marriage to concern himself with her. There she rooms with two older girls, Tori (Paré) and Paulie (Perabo) who Mary comes to understand are more than just close friends. However, terrified of being ostracized by her religious parents Tori breaks off the relationship and Mary finds herself caught between an increasingly unstable Paulie and Tori with whom she empathises, feeling unloved by her own father. 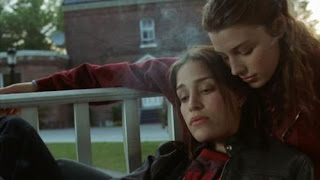 Conclusion after the jump. 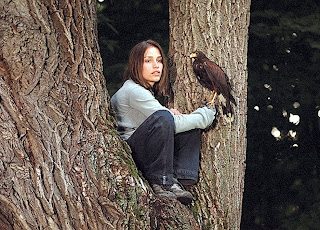 Barton does well as the "Mouse", aptly shy and naive. When her bashful exterior breaks, it's very believable and somewhat heartbreaking. Let's be clear; this is not a happy movie. There is a lot of soft girlie indie music which often doesn't quite seem to fit the mood unless you accept as I did, the justifiable explanation that it's the background music in Paulie's mind. She is, as Carmela Soprano would put it, a peculiar duck. Given up at birth and resentful of her adoptive parents, she is poorly behaved and fiercely dramatic. Finding an injured raptor in the woods, she nurtures it back to health in both the way she was and wishes she was - training it as a wild killer and yet with all the love in her heart. After parting ways with Tori, she becomes ever more obsessed with the bird of prey and the freedom it will have when it can fly and hunt once more. 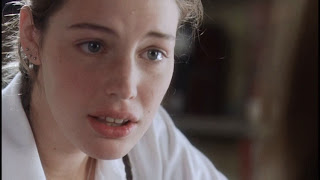 As befitting her reputation, Perabo is excellent and at times hammy but the best performance is delivered by Jessica Paré. People who commented on her odd teeth after watching her as Don Draper's secretary on Mad Men were nine years late to the party; she has a crack about them in this film too. As Tori, she is beautifully tender and confused. The pain she is in and has caused is palpable and her denial tragic.Her career never really took off outside of Canada though, much like Caroline Dhavernas (Jaye in Wonderfalls) who randomly pops in the background as a student. Hopefully she can parlay her role on Mad Men into greater recognition. 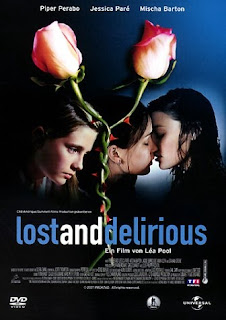 Apparently, lesbians really hate this movie. At the very least, they think it's a bad lesbian movie. They point to stuff like the weird overemphasis on the raptor and raptor related metaphors, but I think it's probably because Paulie goes completely batshit insane. Paulie herself though does not identify as a lesbian. As she screams in one of the more memorable scenes, "I'm PAULIE in love with TORI. Remember? And Tori, she is, she IS in love with me because she is mine and I am hers and neither of us are LESBIANS!" Also, it could have been way, way worse than how it eventually turns out; in the novel, she murders the dwarven groundskeeper and cuts off his penis to masquerade it as her own. Lesbian often cite Better Than Chocolate, but I saw that and it's a jellyfish movie with insipid, irritating characters. Lost and Delirious is a better film than that . It's not a comfortable watch but it is enjoyable. 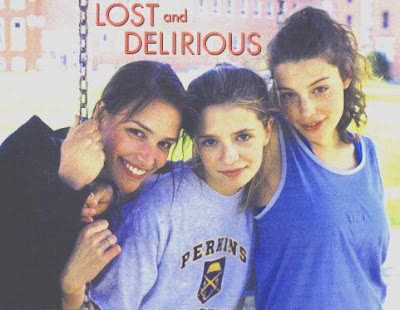