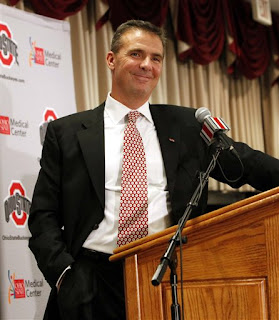 I feel truly sorry for anyone who has to sit through that awful Orange Bowl matchup. Everyone is supposedly whining at the prospect of LSU and Alabama rematching in the Title game. Hold on. Isn't that what everyone wanted for months and months? Sounds like revisionist history; any old ploy to get their beloved playoffs in place. There's no way any playoff system would be satisfactory. This isn't basketball where the games don't mean anything. Any scenario that leads to the most self important pompous sportswriters and pundits feeling put out works fine for me.

South Florida is so-so. I liked West Virginia way more and was shocked by that line. I know zip all about the MAC so I jsut took the favorite Northern Illinois. Go screwed on it by a half point. As much fun as it would have been to take Oregon -31.5, that line was too high, an overreaction. Houston is probably not 13 points better than Southern Miss but they have momentum and a great QB. I tried to ignore the horrible Big East as much as possible this year but I know that 9 points is too high for any team to cover.

Robert Griffin III has gaudy numbers and is being overrated as a result, Texas has an elite defense and should be able to hold an overral inferior team within range. Georgia has also been stellar on D and I still lack faith in Jordan Jefferson despite the second half fireworks against Arkansas. I've said all along that the Sooners would beat the Cowboys, because they always do. Clemson is in full on collapse mode. They crushed VT earlier in the season but these two teams are swinging in different directionsnow. Wisconsin is back playing well but this line is ridiculous. Was no one watching earlier in the season when these two teams played?